Common problems in the use of soft wiper blade

First, the problem of non-bone wiper at both ends
(1) Windshield curvature problem. In some models, the two ends of the wiper are slightly tilted and cannot be attached to the glass. This is normal. Because the boneless pressure system is different from bone. Don't worry if you encounter such a situation, because it will not affect any use effect, but only reduce the area of some rain, and because it is distributed at both ends, it will not cause any bad influence on the driving itself. You can reduce the size by one inch at the time of purchase, so that you can basically solve the problem of slightly tilting at both ends.
(2) The pressure of the wiper arm spring is too large. It is necessary to observe whether the middle of the strip with the glass table is pressed to the deformation. If so, the pressure value of the wiper arm spring or the wiper arm spring needs to be adjusted to solve the problem.

Third, the problem of beating when the wiper works
(1) The windshield is not clean. The glass can be thoroughly cleaned with professional glass water and detergent to remove visible deposits and oil stains on the surface to eliminate jitter.
(2) Bounce immediately after the new wiper is installed. The wiper strip itself has uneven cutting.
(3) The wiper has been used for a period of time. Frequently working the wiper under abnormal conditions, such as dry scraping, causes the wiper strip contact surface to be damaged by a large area.

Fourth, the problem of abnormal noise when the wiper works
(1) The newly installed wiper has a running-in period of the strip for a period of time. In the case of ensuring a clear wiping effect, there is no need to worry, and the sound will automatically disappear after the running-in period.
(2) The problem of the deviation of the wiper arm angle.
Under normal circumstances, when the wiper is working, the strip and the windshield are carried out at a certain angle. At this time, the wiper has a good wiping effect and the wiping noise is small.
Under abnormal conditions, due to the large non-parallel error between the wiper wall and the glass, the vertical deviation between the blade and the glass is large, and the grinding force generated at this time during the wiping process is smaller than the elasticity of the strip itself. When the resilience is restored, the strip will be converted in the following two states, resulting in a beating of the wiper during the work, resulting in a large abnormal noise!
Solution: Remove the boneless wiper, use a vise, clamp the U-shaped mouth, and then try to clockwise (sound and water marks when scraping down) or counterclockwise (sound and water marks when scraping) Power, turn it a little, you can solve the problem
(3) The wiper strip is aging, the wiping effect is reduced, and abnormal noise is gradually generated. 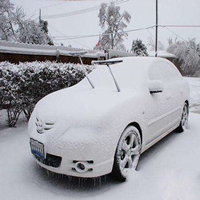 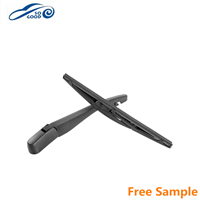 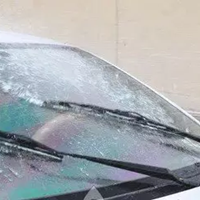 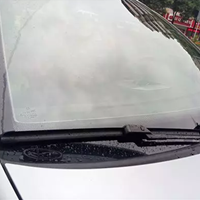