A road rage incident where one frustrated driver ripped the blade windshield wiper off another car, shattering the rear window, is being investigated by North Vancouver RCMP.

The violence was caught on dashcam video Tuesday evening at the busy intersection of Main Street and Mountain Highway, where a silver Dodge was stopped at the light beside a black Mitsubishi.

The video shows the Mitsubishi driver arguing with a couple from the other car, then breaking off their windshield wiper and brandishing it like a weapon. 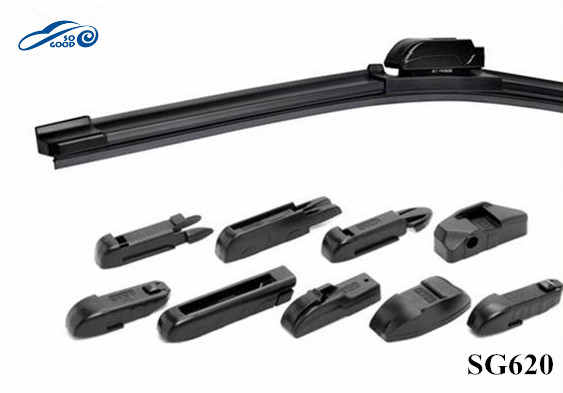 North Vancouver RCMP said one of the drivers involved in a road rage incident on Main Street has been charged with assault and mischief.

There's no audio, but the Dodge driver told CTV News her daughter was crying in the back seat at the time.

"I kept telling him, 'My daughter's in the car, look at my daughter, she's crying, leave us alone,'" said the woman, who didn't want to be named for her safety.

While taking the couple's wiper, the Mitsubishi driver broke their window. The woman responded by reaching into the Dodge for some projectiles and tossing them at his head.

Just as he starts swinging the wiper at her in retaliation, the owner of the dashcam pulls away.

"A lot more happened after," the woman said. "He actually was hitting me with my windshield wiper."

A bystander eventually stepped out of his car and helped break up the altercation, according to Mounties.

Cpl. Richard De Jong said the incident, which is believed to have started with a minor issue a few blocks down the road, is a good reminder for everyone to keep their temper in check behind the wheel.

"These two parties are angry about something, they're assaulting each other, and ultimately there's vehicle damage," De Jong said. "It's all against the law."

The Mitsubishi driver, whose name hasn't been released, has already been charged with assault and mischief, and the RCMP's investigation is still ongoing.

Given the cars were taking

up two lanes of traffic, De Jong said everyone involved is fortunate they weren’t struck by another car trying to pass them. He urged anyone who finds themselves dealing with an angry driver not to engage.

"This is a case where somebody should have driven away, called police, given us a licence number, we would have investigated," he said.

"If somebody is being aggressive, look the other way, don't make eye contact, and don't let them follow you home."